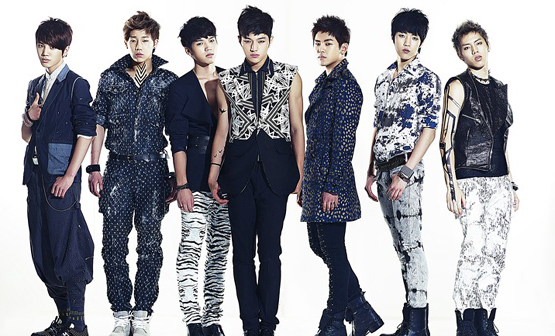 Infinite looked ecstatic after winning a trophy at “The 27th Golden Disk Awards”.

The “Golden Disk Awards” is essentially a Korean version of the American “Grammy Awards,” which was held on January 15 in Kuala Lumpur, Malaysia at the Sepang International Circuit. It was a big win for Infinite; they took home two prestigious awards including the “Best Group Performance Award” and one of the “Disk Bonsang Awards. After the awards show, a few of the members responded to questions from the local Malaysian media and fans.

They looked especially happy and were playfully punching each other while grinning ear to ear. They thanked their fans in both Korean and Malaysia. When asked if they were planning a concert in Malaysia, one of the Infinite group members responded by saying that nothing is planned but to continue being so patient and they will work hard on something.

INFINITE
The 27th Golden Disk Awards
How does this article make you feel?