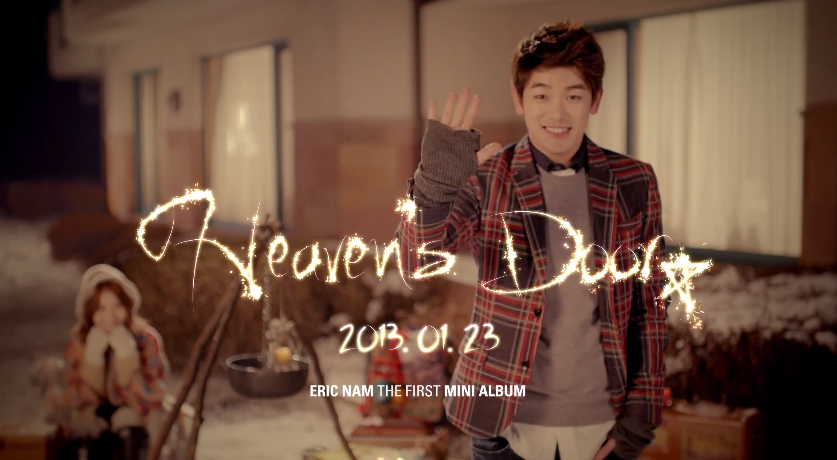 Eric Nam, who is most known for his participation in “Star Audition: Birth of A Great Star” Season 2 – finally released the teaser to his title track “Heaven’s Door”!

He is currently signed on to B2M Entertainment and has plans to launch a full mini-album titled “Cloud 9” which features more of his impressive musical artist talents. The teaser clip starts out with a girl receiving a video message from Eric Nam who points to signs that read “I invite you to heaven!” which left fans wondering what the rest of the song would be about. In the final four seconds of the clip, Eric Nam writes “Heaven’s Door” with his sparkler and the first mini album launch date is announced as January 23! Not many days left until we see Eric Nam make his official debut!

Check out the teaser clip below!

Eric Nam
debut
KPLG
How does this article make you feel?