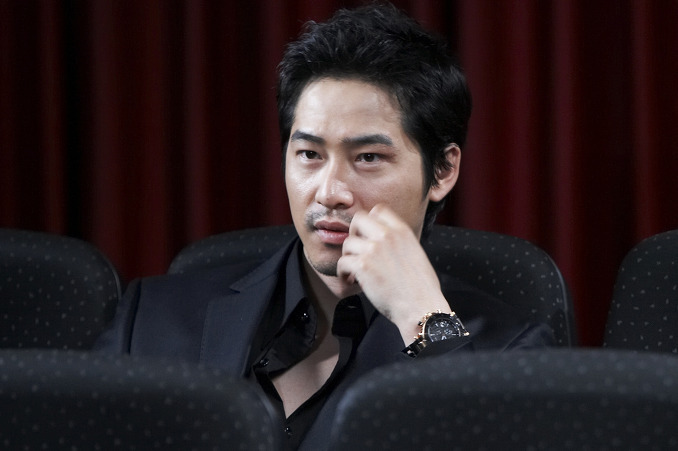 On January 18, actor Kang Ji Hwan‘s ex-agency S-Plus Entertainment made its official statement regarding the ongoing legal dispute with the actor and refuting his previous statements.

S-Plus Entertainment announced, “First of all, we are very sorry to hear Kang Ji Hwan’s biased explanation based only on his opinions regarding the ongoing lawsuits about his exclusive contract with the company. There has not been any official verdict regarding the case. We would like to refute and further correct Kang Ji Hwan’s statements from a press conference on January 17.”

The statement explained, “Kang Ji Hwan did violate the exclusive contract between him and the company and we have taken appropriate legal proceedings against such actions accordingly. Yet, he decided that the contract has expired by himself. We would like to point out that Kang Ji Hwan is trying to make the situation seem more advantageous to him with the help of broadcasting companies and lawyers.”

S-Plus Entertainment continued to refute Kang Ji Hwan’s statement regarding how he decided to join upcoming SBS drama “Incarnation of Money,” “Kang Ji Hwan argued he confirmed that he will be on the drama on January 1, after his contract with the company expired. He filmed the title reel on January 4. It is questionable whether such quick proceeding is even possible. In normal production practice and circumstances, this is impossible and we have strong evidence suggesting that Kang Ji Hwan was already in contact with ‘Incarnation of Money’ before his contract expired, without the company knowing about it. The right and wrong will be determined through rulings of the court and Korean Entertainment Management Association.”

The company added that, “Unlike what Kang Ji Hwan stated, we did receive the scripts of ‘Incarnation of Money’ from the production company and passed it onto him. After three days of discussion with him, we told the production company that Kang Ji Hwan is interested. We even discussed the details of payment, filming schedule, and others with the production and broadcasting companies. Therefore, all of Kang Ji Hwan’s arguments stating that we prevented him from joining ‘Incarnation of Money’ are lies. We were waiting for the scripts for third and fourth episodes of ‘Incarnation of Money’ and Kang Ji Hwan notified us unilaterally with the certification of contents, nullifying our contract. Even though we as a company did everything we could to try to communicate with him directly, he cut us out completely and caught us off guard with the second certification of contents.”

The official statement also talked about Kang Ji Hwan’s abusive behavior towards his staffs at S-Plus Entertainment, “We already have many statements and evidences of his use of violent, abusive behaviors and language to our staff members. These will be submitted to Korean Entertainment Management Association. Moreover, we have clear evidence of him physically assaulting a manager. We will make sure such action of his will be revealed for both legal and moral purposes within the industry.”

Finally, S-Plus Entertainment concluded its statement, “Kang Ji Hwan was also very uncooperative throughout the adjustment process with Korean Entertainment Management Association. Therefore, his statement ‘The adjustment went well and I never thought the Association prevented me from pursuing a new drama,’ is wrong. Like stated above, Kang Ji Hwan disregarded all conventional practices of the industry and has been unethical and inhumane in treating others. We strongly demand that he stops hiding behind the media and come explain himself and his actions to Korean Entertainment Management Association.”

Kang Ji Hwan
S-Plus Entertainment
How does this article make you feel?