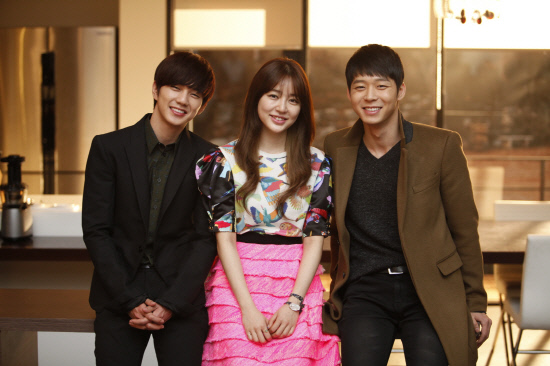 A party to celebrate the conclusion of the drama, “I Miss You,” was recently held.

On January 18, the drama cast and crew gathered at a restaurant in Yeouido, Seoul to celebrate the 21st and last episode of “I Miss You,” which ended the day before.

The party was attended by the MBC drama support teams, all of the supporting actors and actresses and of course the the main cast which included Park Yoo Chun,Yoon Eun Hye, Yoo Seung Ho and Jang Mi In Ae. Child actors and actress, Kim So Hyun, Yu Jin Goo and Ahn Do Gyu were also in attendance.

On January 18, an MBC blog revealed pictures of the festive gathering.

In the photos, all of the stars looked especially happy cutting the cake and Park Yoo Chun, Yoon Eun Hye and Yoo Seung Ho were captured giving thank you speeches.

(Spoiler below the pictures)

Meanwhile, the last episode of “I Miss You” ended with Han Jun Woo (Park Yoo Chun) and Lee Soo Yeun (Yoon Eun Hye) getting married and Harry (Yoo Seung Ho) losing all of his memories.