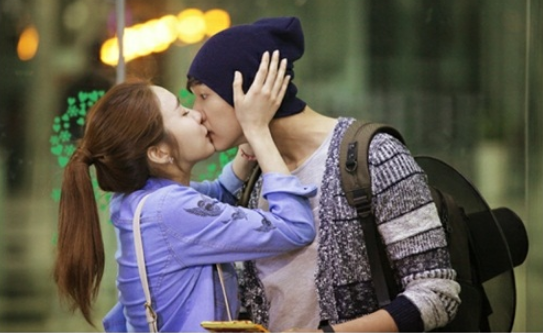 Yoo In Na showed off her unwavering affection for boyfriend Ji Hyun Woo.

On January 19, Yoo In Na went to the National Theater in Seoul to watch the musical, “The Promise,” which stars Ji Hyun Woo, as well as Super Junior’s Leeteuk and other celebrities who are currently enlisted.

According to the source, Yoo In Na covered her face with a sunglass and muffler. The source revealed, “It appeared that she was very aware of people’s eyes. She was very quiet, but when Ji Hyun Woo appeared, she cheered very loudly.”

Recently, Ji Hyun Woo has talked about his steady relationship with Yoo In Na on MBC’s “Section TV Entertainment News,” where he revealed that the lovebirds constantly communicate with one another.

The two former “Queen In Hyun’s Man’s” co-stars were spotted on a secret date last June. Soon after, they confirmed their relationship.

Ji Hyun woo
Yoo In Na
KPLG
Queen In Hyun's Man
the promise
How does this article make you feel?