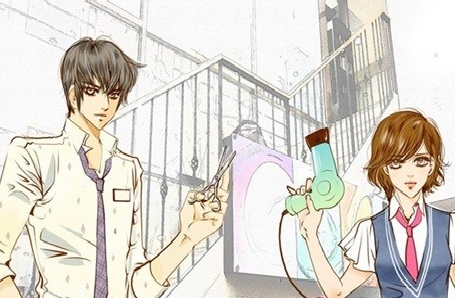 On January 21, Curtain Call Media announced, “We have purchased the licensing rights for ‘Salon H.’”

Curtain Call Media is a well-known production company that has made popular dramas including “My Princess,” “Miss Ripley,” “Oh Ja Ryong Is Coming,” and “7th Level Civil Servant.”

Curtain Call Media stated, “‘Salon H’ will become a great drama that can be enjoyed both nationally and internationally.”

“Salon H” is the first webtoon created by the author Park So Hee, who has also written the comic book “Goong” that became a hit drama a few years ago. To create this work, comic book contents company Korea Data House and the beauty salon brand La Beauty Core have been collaborating for the past two years.

Meanwhile, “Salon H” tells a story of Hyun Gang, who works hard in the beauty industry to become a successful designer.