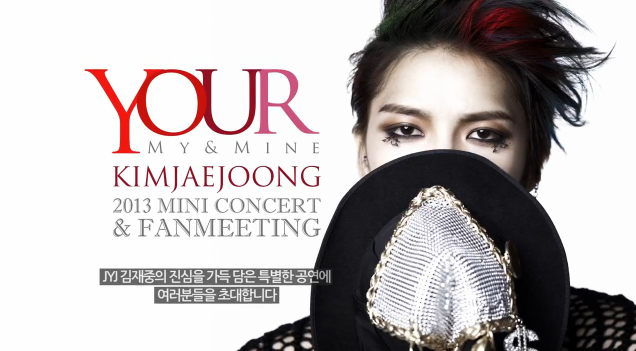 JYJ’s Jaejoong Reveals “Your, My and Mine” Concert Teaser

With his solo concert just a few days away, JYJ‘s Kim Jaejoong has now revealed a short teaser to promote the concert.

As previously reported, his solo concert “Your, My and Mine,” which will take place on January 26 and 27 at the Kintex Center in Ilsan, was sold out in two minutes.

Jaejoong recently released his music video for “Mine.” and first solo mini album “I” was released on January 17. His pre-release song “One Kiss” topped iTunes’ charts in five countries.