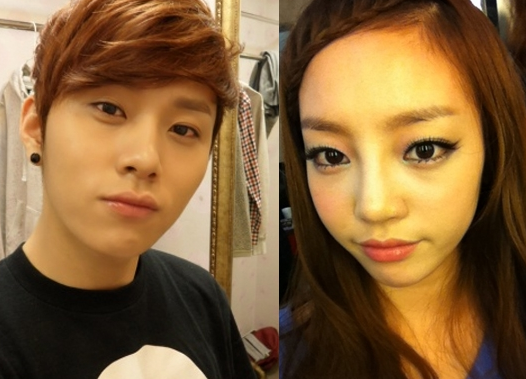 Yang Yoseob recently revealed his thoughts regarding fellow BEAST member Yong Jun Hyung’s relationship with KARA’s Goo Hara. On yesterday’s episode of Mnet’s “The Beatle’s Code 2,” the singer talked about his stance on idol relationships, stating that he wouldn’t want to date a fellow idol.

Regarding Yong Jun Hyung and Goo Hara’s public relationship, he expressed, “On some aspects, I hated him for that. It was a very difficult time. They weren’t expecting to go public with their relationship. So on the day the news broke, I kept checking my phone every hour.”

While Yoseob and the other members were initially upset with Yong Jun Hyung, they gave him and Hara their blessings, telling them, “Since the news is out, you guys have to date for a long time. You better keep your relationship lovely and beautiful…or else…”

Meanwhile, Yoseob revealed that he was asked out by an idol, but rejected her because he didn’t think he could manage dating a fellow celebrity and all the attention that followed.