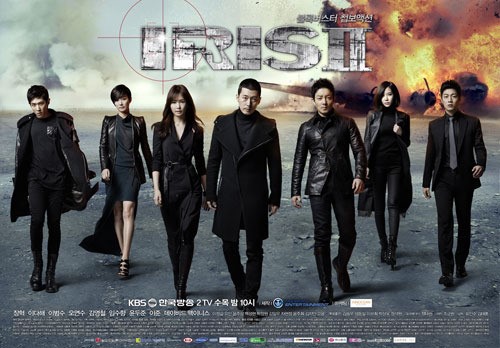 Get ready for Korean style spy games, “Iris 2” is coming soon! The official posters for Iris 2 were revealed on January 22. The posters look awesome! It shows the very good looking Jang Hyuk, Lee Da Hae, Lee Bum Soo, Oh Yeon Soo, Yoon Doo Joon, Lim Soo Hyang, and Lee Joon. In one poster the cast is walking towards the camera with a plane crash in the background. In the other poster, the cast is shown sitting on and around couches.

“Iris 2” will feature thrilling spy games occurring all around the world from Hungary, Cambodia, and Japan to other exotic locales. The drama is gaining a lot of attention because of the scale and also the stellar cast.

“Iris 2” will broadcast every Wednesday and Thursday. The first broadcast will be on February 13.

Jang Hyuk
KPLG
Iris 2
How does this article make you feel?