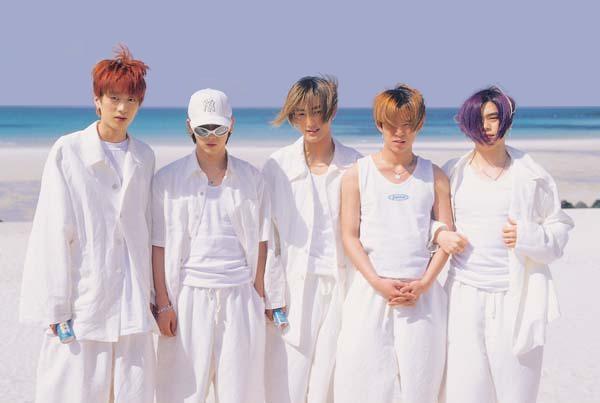 Blast to the Past: Legendary Idol Group H.O.T

Do you remember H.O.T (High Five of Teenagers)? They are considered legends within K-Pop because they are the very first idol group. That’s right. THE first group to be produced and the first to make a debut in 1996. The group was formed under SM Entertainment and consisted of 5 members. They commanded a large following and their fans were known to be very passionate- to the point that it got very questionable. One of the members even shared that a fan broke into their dorm one day while he was taking a shower and he went out thinking it was a fellow member, but became exposed instead.

So, who are these 5 guys that stole the hearts of most young females in the late 90s? Flip through the gallery to see who they are and what they’re up to these days!

Name: Moon Hee Jun
Position: Leader, Lead Vocalist, Rapper
Birthday: March 14, 1978
Debut Age: 18
Current News: He recently came out with his 9th studio album “BEGINS,” which was released in January 18, 2013. He is currently active on television participating in variety shows. He is one of the MCs for KBS’s music variety show “Immortal Song 2.”

Name: Kangta
Real Name: Ahn Chil Hyun
Position: Main Vocalist, Rapper, Visual
Birthday: October 10, 1979
Debut Age: 17
Current News: He is the only member left in SM Entertainment and makes few appearances as a performer through SM Town concerts. He has recently held his own cooking show on cable tv and is currently working in the agency.

Name: Lee Jae Won
Birthday: April 5, 1980
Position: Maknae, Lead Rapper, Lead Dancer
Debut Age: 16
Current News: He was previously accused of sexually assaulting a female trainee in late 2008, but the case was resolved through settlement. Not much is known about his current whereabouts.

The group disbanded in 2001 and became the first of many idol groups to break up after 5 years (the contract was 5 years long) and the term “5 year curse” was created. H.O.T’s disbandment came as a surprise because they were at their peak and many rumors speculated that it was because of financial reasons, but the real reason to their breakup is still a mystery to this day. Moon Hee Jun and Kangta renewed their contract with SM Entertainment and Jang Woo Hyuk, Tony Ahn and Lee Jae Won left to a different company and formed the group JTL (the first letter in the respective names). Now, Moon Hee Jun is not part of SM Entertainment and the members of JTL have gone their separate ways.

Soompiers, leader Moon Hee Jun hinted on a reunion. Do you think it’s a good idea? Or is it just way past their prime?