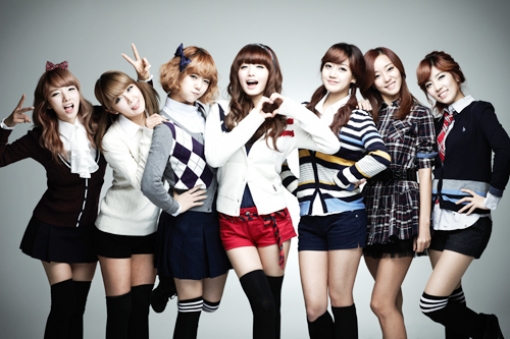 Rainbow is Getting Ready for Their Upcoming Album

On January 23, Rainbow’s representative said, “The girls are returning to the spotlight for the first time in more than one year and seven months with their new album. After listening to the song, fans will have a warm and bright image of Rainbow.”

In the revealed teaser, the members are seen writing a letter and message on a poster. Later, Jaekyung and Jisook show the handwritten message, adding to the anticipation of the fans. The song used in the background is “Kiss” from their first mini album “Gossip Girl” from 2009.

After Rainbow’s subgroup, Rainbow Pixie, ended their commitments at the beginning of January 2012, the members were given some time off. Rainbow’s members had been focused on their individual careers and overseas commitments.

Currently, Rainbow is in the last minute preparation stages for their upcoming album.

Jaekyung
Rainbow
Rainbow Pixie
Jisook
How does this article make you feel?