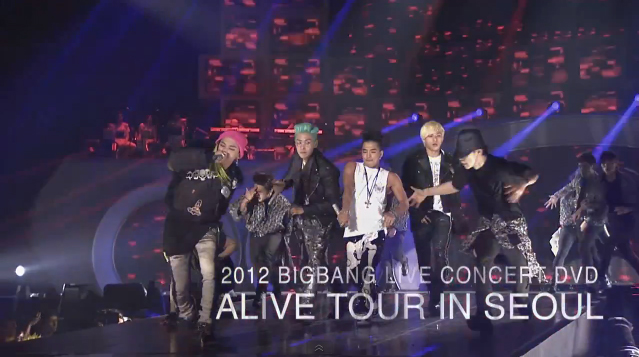 After going around the world for their Alive Galaxy Tour last Year, Big Bang will now be releasing a live concert DVD of their Seoul Concert.

Set for release on January 29, the DVD will include their full concert along with more behind the scenes footage of their tour. While many fans around the world have already experienced the three hour long concert live, this is an great way to relive the concert, or even see it for the first time.

Coming up this weekend, Big Bang will be holding their final concerts for the tour at the Seoul Olympic Gymnastics Area.

Big Bang
KPLG
How does this article make you feel?