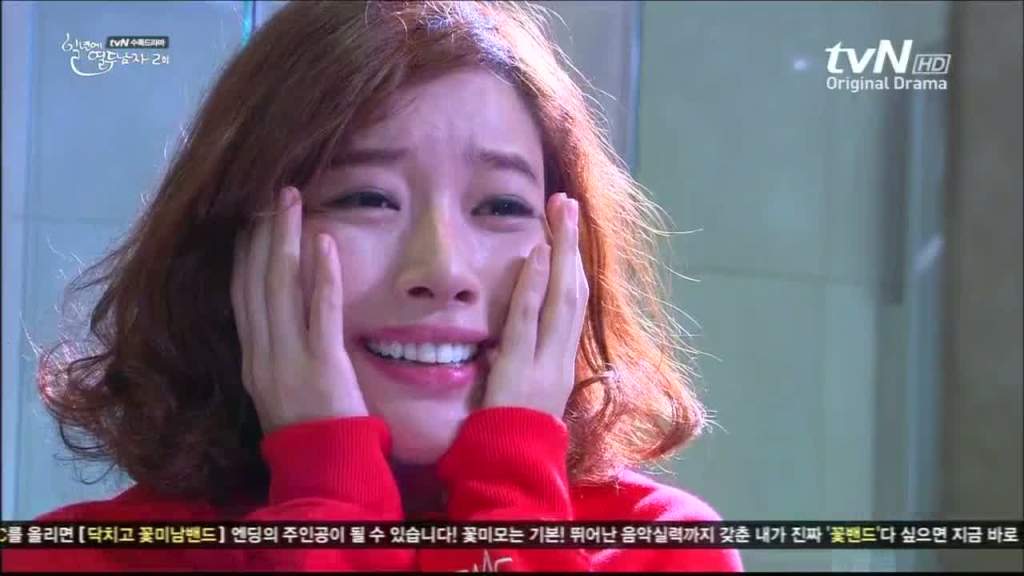 Anyone who’s been following Korean Entertainment for any amount of time knows that plastic surgery is just a part of the industry, to the point where it’s “newsworthy” when a celebrity hasn’t gone under the knife. Our guest blogger from Outside Seoul talks about the potentially touchy subject from the perspective of an American who absolutely loves Korean dramas, but is concerned about the societal implications of its growing acceptance, not just in Korea, but around the world.

As an American who has spent the past year using television to be a peeping tom into Korean culture, one of the things I just don’t understand is the prevalence of plastic surgery in Korea.

A radio program called This American Life recently aired an episode about self improvement. The show was anchored by a brief interview with a woman who had moved to South Korea to teach English at an all-girls high school. When she got there, she was stunned to realize that people in other parts of the world don’t necessarily think the way Americans do: There were full-length mirrors and scales on every floor of the school she taught at. Her students used both regularly, and dreamed of the day they would be rewarded with plastic surgery for having passed their college entrance exams. This interview has gotten a lot of attention online, especially after the blog Jezebel posted an article about it.

As an outsider looking in on Korean culture, I found both this interview and the article about it to be troublesome. For one thing, both were based on the assumption that America is somehow different from Korea, that it’s a place where physical appearance doesn’t matter. Anyone who truly believes that—as the interviewee obviously does—is both naive and uninformed.

While Korea may embrace plastic surgery in a way America doesn’t (yet), the two nations aren’t that different. I suspect you could easily find girls longing for plastic surgery in high schools from Maine to Alaska to California. And while we give a lot of lip service to equal opportunity and social mobility here, discrimination based on looks is not illegal, as the presenter of This American Life helpfully reminded listeners. Our resumes and college applications don’t have spots for our photographs, unlike the ones prepared in Korea. But studies still show that in America taller people tend to be more professionally successful than shorter people; heavier people are less likely to be hired than their thinner counterparts; and men make more money than women. Discrimination based on race actually is illegal, but that doesn’t mean it doesn’t happen. So what’s better? Pretending that looks don’t matter in your society, or acknowledging that they do?

I suspect the author of the Jezebel article and I have similar reactions to plastic surgery being used for solely aesthetic purposes—a mixture of anger and sadness. What makes us believe that we’re not good enough as we are? Why must everyone on the planet look exactly the same? What is it that drives us to remake ourselves from the bone up, just so we look like someone—or something—else?

Ultimately, though, I acknowledge that this is just a particularly tempting kind of hypocrisy. As someone who believes I should have full rights to my body—whether I want to eat a Twinkie, get thirty-five piercings in places that can be hidden by a bikini, or become a nudist—I also have to allow that plastic surgery is a personal choice, and that it’s none of my business when someone else makes it. The Jezebel article is too busy gawking at the Tumblr devoted to Korean plastic surgery to make this connection. But when the first article in your latest news section is about the importance of Roe v. Wade, the American court case that legalized abortion, it seems somehow less than kosher to be critical of people who undergo surgery just because it isn’t in line with your ideology.

It is true that South Korea has the highest per-capita rate of plastic surgery in the world. According to the Economist, one in five women in Seoul has gone under the knife for cosmetic reasons. It’s hard to say just why plastic surgery is so widespread in Korea, but a recent CNN article about Seoul as a travel destination for surgery offered an interesting theory: “To Koreans, beauty is something that is attainable through hard work—just like anything else. ‘It’s not just about desire,” says [plastic surgeon] Kwon. ‘I prefer to use the word ‘challenge’—Koreans see plastic surgery, and becoming prettier, as a challenge.’” These are people who have seen their homeland change from an agricultural backwater to an economic powerhouse in a few generations, all thanks to hard work. Why shouldn’t a body be at least as malleable, as improvable, as a nation?

As a drama watcher, the commonness of plastic surgery in Korea isn’t exactly news to me. Korean standards of beauty seem to be both extremely precise and largely unrealistic. An affinity for Kdrama has expanded my vocabulary by leaps and bounds, but no single category of words is as new to me as the ones describing beauty. S-line? V-line? Ant waist? Double lids? “Your face is so small!”: None of it meant a thing to me before Kdrama came into my life.

Any illusions I may have had about natural beauty on Korean television were shattered early on in my obsession, when purported before and after photos of actress Park Min Young became ubiquitous on the Internet. The first picture is from a school yearbook and therefore isn’t particularly flattering (some things really are universal, aren’t they?). Park Min Young is not quite smiling in this photo, and her head is tilted at the same inquisitive angle photographers demanded for my own school photographs. She’s wearing a dark blue dress shirt buttoned to the very top button, and her hair is hanging in a smooth, low-maintenance bob. Her face is full but pleasant. Her eyelids are uncreased (or monolided, in Korean parlance), her nose is small and low-bridged, and her jawline is U-shaped. The second photo is so different that I’m genuinely unconvinced that it’s really the same girl. Taken from a lower angle, it emphasizes the V of her pointy chin, a pair of impossibly huge doe eyes, and a nose that’s both high-bridged and sharply defined. This version of Park Min Young is wearing a ton of makeup and has outgrown her baby fat, which can account for some of the changes.

Since seeing these photos, I’ve spent much more time than I wanted to speculating about the surgical histories of drama stars. I think it’s safe to say that many of the actors we see regularly in Korean drama have been altered in one way or another. Sometimes they’ve even had so much work that I can barely stand to watch them. (Then there’s the issue of Korean pop idols. Plastic surgery is so common in their ranks that some groups actually sign agreements not to go under the knife—agreements which are then publicized by their management, no doubt in hopes of cashing in on the shock value.)

From the perspective of someone who watches a lot of Korean television, I’d be happy to see less plastic surgery. And from the perspective of a human being, I think the growing acceptance of plastic surgery around the world is worrying. Just what are you supposed to do when you need to have your jawbone shaved to get a job, but can’t afford to have your jawbone shaved because you don’t have a job? Will this create an underclass of people who don’t have the means for plastic surgery?

And what will happen in ten years when styles change? Will future generations feel forced to upgrade to the hot new nose implant in the same way we upgrade to the latest computer hardware? My mother’s high school best friend fell victim to a trend of the early 70s: she plucked her brows down to almost nothing and drew new ones on, mimicking Greta Garbo’s arch. After a while of this her eyebrows just stopped growing back. Forty years later she’s still stuck drawing them on, just as she did on the day her senior picture was taken. I bet she regrets the whole thing. And someday all these sharp-chinned Korean girls might regret their hands-on approach to skeleton ownership, too.

One of the arguments for plastic surgery that comes up in the Jezebel article is that it gives people confidence. Maybe that’s true for a while, but every cosmetic procedure ever invented won’t change the person you are on the inside. I have comparable experience on this front: when I was younger, I lost a ton of weight. I don’t think it’s an exaggeration to say that on the outside I became another person. But on the inside? Nothing had really changed. I was still quiet and shy and preferred my own company, and it’s hard to imagine that the results of plastic surgery would be any different.

The idea of changing our bodies in accordance with popular fads reminds me of the 1931 book Black No More by George Schyuler. In it, a doctor develops a treatment that makes black people become “white,” utterly removing their ethnicity. For a while everything is fine—most black people receive the treatment and experience life without prejudice. But in the last chapter it’s realized that they’ve become truly white, while people who are primarily caucasian are actually lots of shades other than white—“pale pink shading down to a sand color and a red.” And, of course, a whole new system of racial oppression is invented, this time focused on people with skin that’s too light.

The moral of that particular story, I think, is that we are who we are. It’s how the world views us that we need to change to find happiness, not ourselves.

For more K-Drama commentaries and reviews, visit Outside Seoul.

Park Min Young
Plastic surgery
How does this article make you feel?