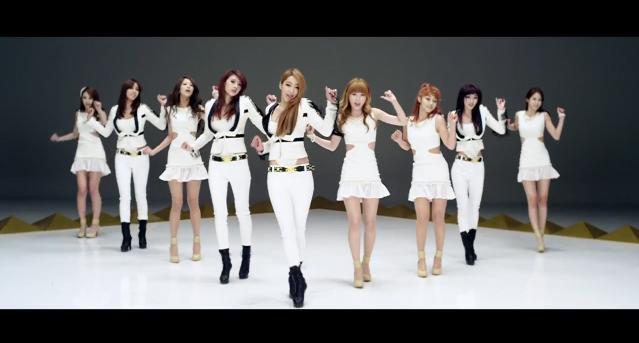 After revealing a number of teasers this past week, Nine Muses has now released their second single and music video for “Dolls.”

The title track was written and composed by hit producer Sweet Tune. A mix of real brass and guitar sounds create a funky dance beat for the song. The track is about overcoming the struggles of breaking up after being in love.

In the music video, they show off two concepts from the group. Five of them are seen wearing cute white dresses, while the other four are dark and trendy clothes.

The newly released single also contains two other tracks, “What Is Love?” and “Just Look.” While they are set to make their first live broadcast performance of “Dolls” later tonight on M!Countdown, the girls have already performed the song at a military base.

With the addition of new member Son Sung Ah, they are now back to their expected complete roster of nine members for this comeback.

Also today, they revealed a teaser for their dance version music video.