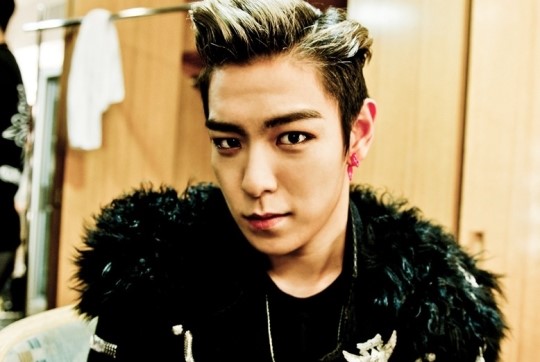 So, what is “Star Column” you ask? It’s a chance for celebrities to write what they want to say and it will be published directly on Korea’s news sites. Yup! No filtering or misunderstanding quotes or anything of that ordeal. The stars can write about anything they want about themselves, which makes it really fun for the fans to read their diary-like stories.

This time, Big Bang’s T.O.P had a chance to write for the special column and if you’re interested, flip through the gallery to see what he has to say about their latest world tour! His mother wrote a little about her thoughts on T.O.P and watching him perform!

And this is something new we’re trying. Please give us feedback (like! comment! share!) if you’d like to see more of these types of articles and we’d love to cover more! Please note, we can only cover celebrities who have already participated with “Star Column.” ^^

It feels like it’s been a long time since I last greeted our Korean fans because I was busy attending to various schedules like our Big Bang world tour and filming for the movie “The Graduate.” However, it won’t be too long until the long-awaited final! Please kindly wait for us as we perform at the Korean concert~

Because I’ve been visiting many different places for Big Bang’s world tour, it seems like I’ve spent most of my time inside the airplane. Aren’t you curious what the members and I do inside the airplane, right? Several of the members would order a bowl of ramen and eat as soon as we board the airplane, watch movies or sleep. (When the flight is long, I would often sleep to make up for the sleepless nights filming for the movie.)

However, there is something that all the members do. It’s reading the fan letters fans gave us at the airport. I can’t reveal the exact details, but the letter contents range from monitoring our performances from different countries, encouragements and fans’ personal stories.

The fan letters are filled with sincerity and much love and are more fun to read than any book. But when I read them, I get the feeling that I’m not able to return the love that I’ve received and am sad because of that. Whenever I finish reading a fan letter, I would receive energy and strength to give a great performance on stage.

I feel like I often say “I love you” on stage when it’s time to say our last words at the end of a concert. To be honest, I contemplate often what I should say before I go on stage.. I do think about it a lot. There are days when I would already have something planned to say, but when I get up on stage in front of you guys, my heart would become unsteady and I would just say something on impromptu depending on what I feel at the moment. That happens often. When I’m on stage and look at each fan one by one, I want to remember every single eye expression and passionate people longer. I want to express my heart and sometimes I can be playful, but please know that I’m telling the truth when I say I love you. ^^

To be honest, the Big Bang members haven’t really gone outside during the world tour. Especially in certain countries, we weren’t able to go out because we worried about the fans’ safety because a lot was gathered nearby. Thus, there were times when we spent all of our free time inside the hotel.

In warmer countries, the members would swim at the hotel and have fun with the choreography team and staff. However, since my filming for the movie overlapped with the tour, I would read over the script and analyze it, practice it and meet with the director (most of the time, the meetings are held via phone). With all that, the time went by so crazy fast.

We weren’t able to spend much of our free time outside of the hotel, but I was able to find some personal time when we headed straight to New York after our show in Los Angeles. I really didn’t do anything special, but I spent a good time finding delicious places to eat. I want to recommend Shake Shack Burger (a well-known hamburger place) and Totto Ramen to everyone.

I’ve always held an interest in furnitures so I remember visiting furniture places in New York. There are a lot of times when I would buy clothes and shoes when I go shopping, but since I’m also fascinated by furniture, there are many times when I wouldn’t know where the time would go while furniture shopping. (I’m sorry that my manager always has to go with me..^^;)

There’s another reason why I especially remember my time at New York.

It wasn’t just me at New York. My mother and aunt also flew out to New York for the concert and we got to spend quality time together.

There weren’t many opportunities to spend time with family during Big Bang promotions, but I was able to spend a meaningful time with family at the New York concert. Mom mentioned she especially enjoyed the delicious dinner and the horse carriage ride inside Central Park while chatting about various things. And for my art-loving aunt, she shared that she was touched when we visited MOMA (Museum of Modern Art). I’m happy that they were able to feel those things. ^^

I want to say that we were able to hold a successful world tour because of everyone.

Through this tour, I realize again that there are a lot of fans who love us and we learned a lot as well as had a meaningful time as we met fans from each country. Having received fan letters written in Korean from foreign fans who probably didn’t grow up with the language and seeing fans crying just by seeing us, you can guess just how much more we are touched.

To be honest, I had a hard time because the tour overlapped with the movie filming and it pained me because I couldn’t express it. However, I think that the time spent with the fans gave me a chance to mature.

Just a heads up, the filming for the movie is almost finished!!^^ In order to greet fans with better music and self, even if I feel tired and worn out today, I will become a Big Bang, a T.O.P that will work even harder.

I wanted to share more interesting stories with you, but I put a lot of effort into studying for the filming during the tour so I can’t really think of any special behind the scenes stories.

Hello everyone. This is T.O.P’s mother. I got to spend T.O.P’s birthday in New York with him and also got to watch Big Bang’s performance.

I was unexpectedly touched by my proud son who seems to have grown so much and had a vivid and fresh shock by the awesome performances . There were people of all skin types and ages who all sing and dance to Big Bang’s songs and cheer unanimously. I still remember their cheering for my son.

Big Bang was perfect on stage and I was touched by the fresh production and music and it felt like a present. Also, my Seung Hyun-ee (author’s note: adorable way of calling someone) took such great care of small details and arranged it so that we would stay at an artist’s house and we were able to go on an art tour. It was a very happy vacation.

This touching experience will be an unforgettable memory for our family. Thank you son.♥

Big Bang
T.O.P
KPLG
How does this article make you feel?