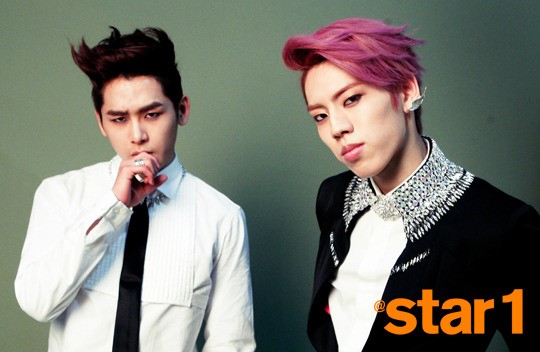 Infinite-H Talks about the Pressures of Their Debut Album

Infinite‘s subgroup Infinite-H opened up about the burdens of their first album as a duet for @Star1 Magazine.

Infinite-H had an interview and pictorial for the February issue of the magazine. They confessed, “We were so worried that physically we were so exhausted we felt like we were going to faint and we couldn’t sleep.”

Hoya expounded on how tiring preparing for the album was. “I had to prepare for the comeback and for “Immortal Song.” We shot the musical video in four days without any sleep.”

Dongwoo also felt the pressure of the new album. Because they had so many things lined up with hardly any rest, Dongwoo unwillingly lost weight before their duo debut. He said, “I don’t really know how I lost the weight. My pants sized got smaller. I’m too skinny so I’m not exercising and just eating more to gain it back.”

You can read more of the interview and see more pictures on the February edition of @Star1.