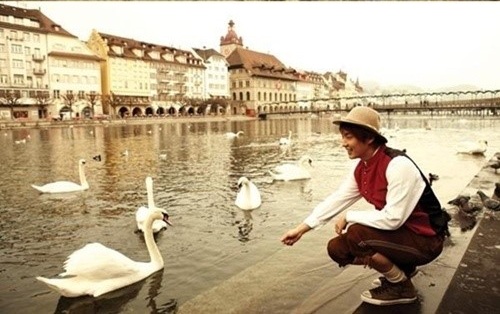 Lee Jun Ki Looks Like a Prince Out of Fairy Tale

Lee Jun Ki continues to show us how he is doing through random pictures he posts on twitter. On January 23, he tweeted, “Walking Time.” Two pictures accompanied the tweet. The reason why these pictures are interesting is because they really do look like photoshoot pictures because of their artistic beauty.

In one picture he is walking in the woods with a dog. In another he is shown feedings swans. It looks as though he is somewhere outside of South Korea?

The big question is this, what is Lee Jun Ki up to now? Well, in February 2012 he was finally discharged from his mandatory military service. Then he appeared in the MBC drama “Arang and the Magistrate.” Soon Lee Jun Ki will appear in MBC “Healing Camp” so look forward to that fans!