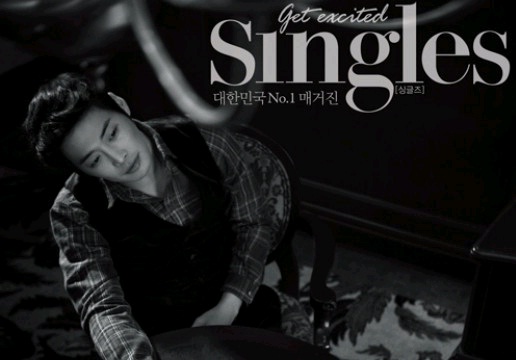 Actor Kim Jae Won had a movie like pictorial for the February issue of “Singles” magazine. The actor did not hold out on his trademark smile for this romantic photo shoot.

The romantic leading man wore classy suits in romantic settings for this dreamy photo shoot. He effortlessly became engrossed in the concept for his photo shoot, making the atmosphere delightful for all the staff on set.

In the photos, Kim Jae Won looks as charming as always. In one picture, he lounges back in a luxurious antique-looking bed, flashing his trademark eye smile that has attracted his female fans through out the years. In other photos, he poses with cups of coffee with thoughtful expressions.

Kim Jae Won was most recently in the MBC drama “May Queen.”

Kim Jae Won
Singles Magazine
KPLG
May Queen
How does this article make you feel?