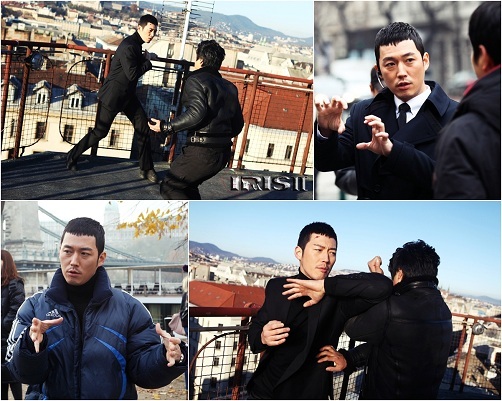 Jang Hyuk Will Be Showing Spectacular Action Scenes in “IRIS 2”

On the upcoming “IRIS 2,” which will air its first episode on February 13, actor Jang Hyuk will play Jung Yoo Gun, who is the team leader of NSS’s TF-A. In this new drama, Jang Hyuk is expected to show his incredible martial art skills.

Jang Hyuk is already a well-known action star among Korean actors. In “IRIS 2,” Jang Hyuk hopes to show even better actions scenes than he has created in his past works.

Staff from the shooting later revealed that Jang Hyuk did not require a stunt man for any of the dangerous scenes. As well, he was meticulous about every movements, and made many helpful suggestions.

Jang Hyuk stated, “There are so many things to consider when working in action thriller, including movements, breathing, facial expressions, and gazes. Playing the character Yoo Gun requires incredible rhythm and timing, and I find his role to be very challenging.”

Jang Hyuk
KPLG
Iris 2
How does this article make you feel?