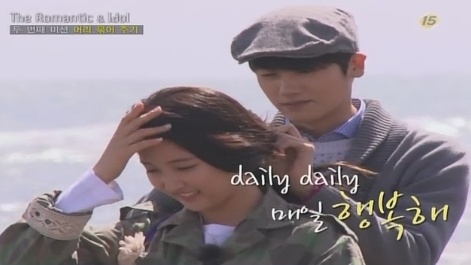 On January 24, Nam Ji Hyun dismissed rumors suggesting that she is dating Park Hyung Shik, “As mentioned in Park Hyung Shik’s interview, we are not dating. I wish to thank the fans who supported us, but after I came to the mansion, I wanted to tell the truth.”

She added, “Although “The Romantic Idol” was a reality TV show, we decided to keep our relationship like brother and sister. Please continue to support and love us!”

Previously, the two singers were seen as a real couple on tvN’s program, “The Romantic & Idol,” and their on screen relationship captivated viewers.

Recently however, on another TV program, Park Hyung Shik rejected the speculation about his love life when he was asked the question, “Are you really dating Nam Ji Hyun?” He responded by saying, “She is just friend who supports me and gives me advice.”