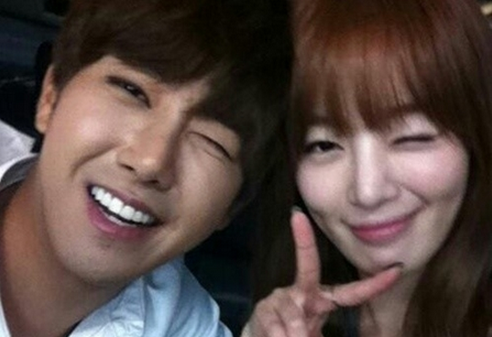 It’s been revealed that ZE:A’s Kwanghee and Secret’s Sunhwa could be real married couple in the near future.

In the upcoming episode of MBC’s “We Got Married,” the popular fictional married couple went to a tarot reading to have some fun. They looked into their fortune for the New Year, as well as their marital compatibility.

During the recording, Kwanghee and Sunhwa asked about their actual marriage, and the Tarot Master replied, “If you guys remain the way you are now towards each other, you may really be married in the future.” It’s been said that the two could not hide their excitement and nerves after hearing about their futures.

Meanwhile, during the reading, the Tarot Master also proposed several solutions that would allow Kwanghee and Sunhwa to get closer, further exciting the couple.

Kwanghee
Secret
Sunhwa
We Got Married
ZE:A
KPLG
How does this article make you feel?