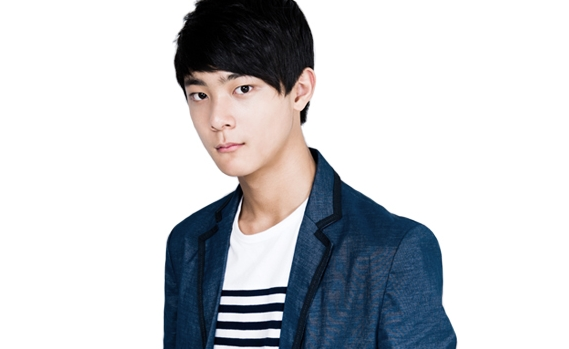 YG Entertainment’s child actor, Yang Hyun Mo, is receiving attention as the next rising star of 2013.

“ELLE” magazine featured the young actor as star to look forward to in the New Year. He’s only 15 years old and stands tall at 180cm. Yang Hyun Mo recently starred in the 3D short film “Pieces of Memory,” directed by Gu Hye Sun, and established himself as an actor. “ELLE” introduced him as a hot actor who’s showing potential to follow in the footsteps of Lee Seung Gi, Kang Dong Won, and the likes.

This was Yang Hyun Mo’s second photoshoot for “ELLE.” He also took part in a fashion spread for its January issue, impressing the fashion industry with his handsome features. For this issue, he sports a red jacket, roll-up pants, and brown loafers, showing off a young and dandy look. He also charmed the camera with his intense gaze and natural pose.