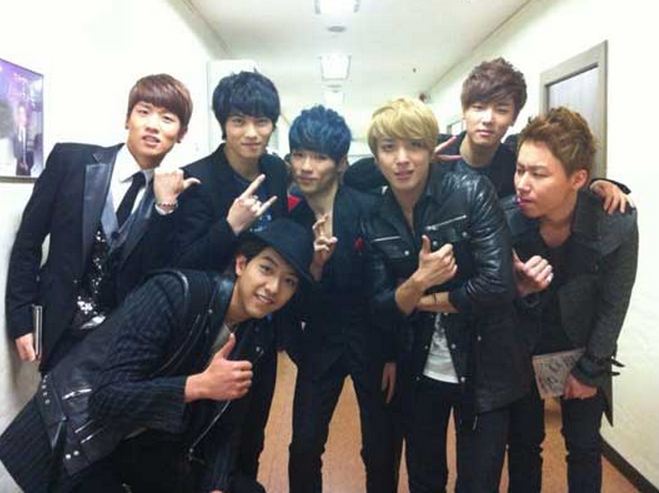 CNBlue and Phantom Pose Together for Friendly Shots

On January 25, pictures of these two groups were revealed on the Internet. The photos were taken in front of the waiting room for the KBS2 program “Yoo Hee Yul’s Sketchbook.” The two bands appeared together for the show and got even closer soon afterwards

The two teams both released their mini-album last week and staged their live comeback performances through various music programs. They met once again through “Yoo Hee Yul’s Sketchbook” to the delight of both of their fans.