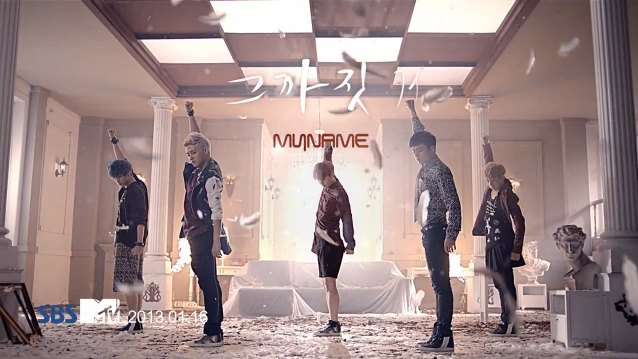 Boy group MYNAME is set to make their comeback this week with the release of their second single album “Just That Little Thing.”

The song is described as an electronic dance song that also features retro sounds. The lyrics talk about a man who cannot get away from woman although he gets fooled by her every time.

In Korea, MYNAME last promoted “Hello & Goodbye” from their first single, which was released in May 2012. The group went on to promote in Japan for the second half of the year.

In other news, the group will hold their first solo concert, “The Beginning,” on March 2 at the UNIQLO-AX Hall in Seoul.

MYNAME
KPLG
How does this article make you feel?