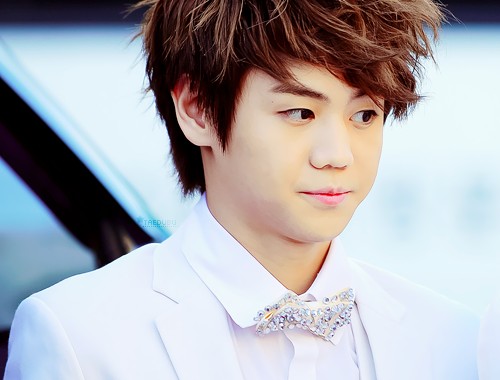 BEAST’s Yang Yoseob Is Treated Like an Old Man

On the set of the audition show “Voice Kids” that took place on January 7, the contestants in BEAST’s Yoseob’s team wished him a happy birthday with a surprise party. To Yoseob’s delight, the contestants prepared adorable handwritten signs, balloons, and a cake.

As the contestants on this show are very young, most of them in their early teens, Yoseob is considered an adult among them, even though Yoseob himself is young and was born in 1990. His team members wished Yoseob happy birthday and a long healthy life in a very respectable manner.

Meanwhile, the battle rounds, which involve three members of the same team singing the same song, will start on this episode that will be aired on January 25, 2013.

BEAST
KPLG
Yang Yoseob
voice kids
How does this article make you feel?