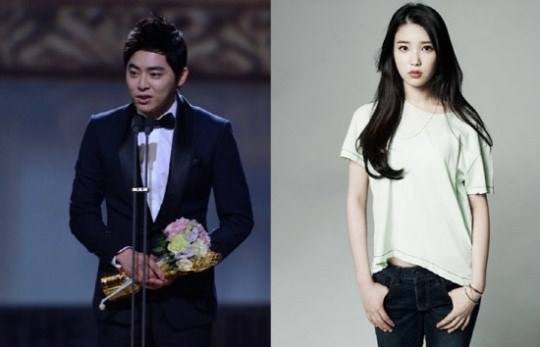 IU has been confirmed for the upcoming KBS weekend drama, “The Best Lee Soon Shin” along with Jo Jung Suk.

IU’s character Lee Soon Shin is bright and energetic even during hard times. Her usual cute and innocent image that captivated uncle fans everywhere is expected to further highlight her character.

IU commented, “The synopsis was very fun and I felt very attracted to Soon Shin’s character. When I first received the lovecall, I hesitated because she was such an important character and I felt pressured. But I wanted to do it and my determination to succeed was bigger than the pressure.”

About her character, IU said, “Soon Shin is not pretty or lucky but she is always strong and friendly. She knows she’s not a hot shot but she wants to be loved and shine more than anyone else. Soon Shin is very strong and doesn’t lose hope in any circumstance – that’s why I was so attracted to her.”

IU continued, “I want to start shooting as soon as possible and show everyone my best efforts as an actress.” She also added, “I’m so honored to be working with my senior actors, whom I respect so much.”

On the other hand, Jo Jung Suk will play a CEO of a successful business, Shin Joon Ho. He is arrogant, cold and competitive but finally realizes the true meaning of success after falling in love with Lee Soon Shin.

Jo Jung Suk, who has won the Rookie Award for last year’s Blue Dragon Awards, commented, “Personally, 2012 was such a happy year for me. To the point where I thought I should work harder in 2013. I will keep trying hard to show you good things.”

Jo Jung Suk also expressed his big hopes for this drama. He said, “I am so honored to be the leading role of a KBS weekend drama. I’m also excited to work with director Yoon Sung Shik and writer Jung Yoo Kyung,” and “I will try my hardest while having fun. Then I believe the viewers will have fun while they watch too.”

Jo Jung Suk added, “I think Shin Joon Ho can be pretty competitive but relaxed too. That’s why I was attracted to the character,” and “I am so honored and pleased to be working with the ‘nation’s little sister’ IU.”

“The Best Lee Soon Shin” will air in March.