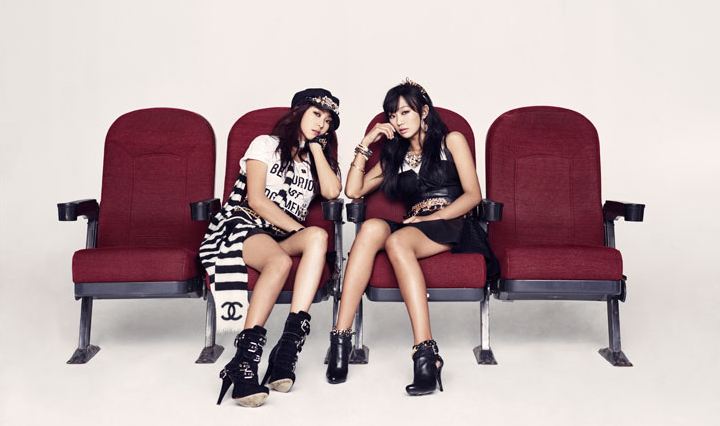 A subunit group of Sistar consisting of Hyorin and Bora, Sistar19 teased the fans by releasing just a single picture from their music video set.

Starship Entertainment posted the picture of the two members on their official twitter with the message, “Here’s a picture of Sistar19 at their ‘Here Then Gone’ music video filming site! Hyorin and Bora’s absolutely no photoshop spy shot! Will be revealed on January 31! Please look forward to it.”

Inside the picture, the two girls look sexy and classy with an all-black outfit that focuses on their long legs. They wear leather heeled boots to emphasize their long toned legs and accent their monotone outfit with gold jewelry.

The subunit duo previously stirred a lot of interest with their controversial bedside photos. It’s also been revealed that they’ve teamed up with Brave Brothers, who’s known to have made a few of their previous hits like “Push Push,” “So Cool” and “Alone.”

Meanwhile, Sistar19 will make a comeback on January 31 and has currently planned to go all out during this promotion period.

Soompiers, are you ready for Sistar19?

Hyolyn
Bora
SISTAR
SISTAR19
KPLG
How does this article make you feel?