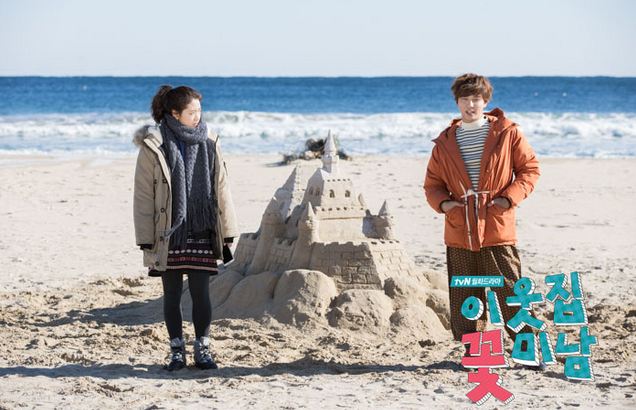 Do you think the current popularity of cable dramas will only be a small fad or will it change the landscape of Korean dramas by offering challenging higher quality content?

On January 28, it’s been revealed that tvN’s drama “My Flower Boy Neighbor” became the highest sold cable drama to Japan. This is drawing a lot of attention within the industry because cable dramas, or anything shown on cables, have low ratings compared to the major broadcasting stations. But with “Answer Me 1997,” cable dramas are slowly being warmly received by the public for their ability to exercise creative freedom than their more formulaic Goliath-ratings counterparts.

Not only is it a cable drama, but it’s a cable drama that has barely started airing. Which means, the high purchase is a double risky move since the drama hasn’t ended yet and it’s difficult to forecast the public’s fickle taste in dramas so far in advance.

An official in charge of overseas sales commented, “‘My Flower Boy Neighbor’ has been sold to Japan and they’re planning to air it around May. Not only Japan, but the drama will be aired in 10 Asian countries like China, Hong Kong, Singapore, Thailand, the Philippines, etc while it will also be aired in Australia and France.”

Meanwhile, the 7th episode of “My Flower Boy Neighbor” will be aired on January 28 at 11pm (KST).

KPLG
Answer Me 1997
My Flower Boy Neighbor
How does this article make you feel?