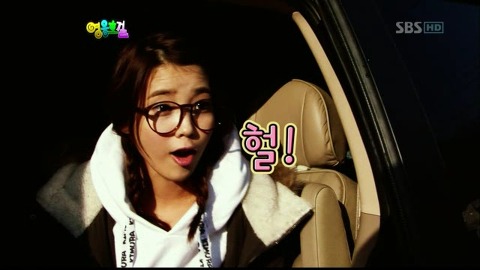 Do You Know Your Korean Slang? Part 2

Last week we began with a list of Korean slang words. (If you want to check out part 1 click here) Here is part 2 of “Do You Know Your Korean Slang?”

1. 지못미 (Reads Like Jee Mot Mee) = I Am Sorry I Could Not Protect You

A: Did you see that picture of Hwayoung’s wardrobe malfunction?

“좋으다” (I Like) is just a different way of typing out “좋다” which means “good.” This expression is usually used after something pleases the person who is saying it.

On the opposite spectrum of “좋으다” is “싫으다.” (Dislike) As you can see the two words are typed together in a similar way. The word “싫으다” is used to describe your distaste for something.

A: Here let me send you miss A Suzy’s newest picture

A: Here is more work for you

“ㅊㅋㅊㅋ” (Congrats) is a shortened version of “축하 축하.” (Which means Congratulations) The letters “ㅊㅋㅊ” are just the first letters.

A: I’m getting married!

“즐” (Buzz Off) is a shortened version of “즐거운 하루 되세요.” (Which means, “Have a good day”) The funny thing about this word is that it originally meant “Have a good day.” However the meaning has been twisted around and now it is more of a forceful way of saying “have a good day” which sort of means “goodbye.” That is why the actual meaning of the word is “buzz off.”

A: Come here, I am going to pinch your cheeks!

“GG” originated from the game Starcraft and other online games. “GG” means “good game” which was used to signify the end of a game but in a nice way. Now in Korea it is used in any situation where something has come to an end, or if something has gone bad.

A: Uggh my girlfriend cheated on me

B: That’s a GG right there

A: Hey that guy is talking to Melody all the time

B: Yeah I think he is doing Jah Gup

All of these words are just different types of laughter.

8. 깡 (Reads Like Kkang) = A Mixture of Confidence and Courage

“깡” (Confident) is a combination of confidence and courage. It is usually used in a positive tone to describe someone with those attributes.

A: Wow, Sarah just told that taxi driver to beat it!

B: She certainly has a lot of “Kkang!”

“헐” (Wow) is a sound of puzzlement or basically just “wow.” It is usually used when someone is trying to show their surprise in a cute way.

A: Sarah just slapped Cecile in the face

헉… (Reads Like Huk) = A Sound of Shock Similar to the Expression “Oh My!”

“헉” (Oh My) is very similar to “헐” but it lacks the cute connotation.

A: I think I ran into somebody while I drove your car

“S Line” is used to describe a female body that is curved like an S.

Sometimes, for short, Koreans will refer to greedy women or men by saying “dwenjang.”

A: Uggh my brother is dating a girl who begs him to buy her designer clothes as presents.

B: Looks like he is dating a Dwen Jang Nyeo!

“안습” (That’s Too Bad) is short for “안구에 습기가 차다” which means my eyes are watering up. This word is used in any situation where something horrible has happened and you want to express your condolences in a cute way.

A: I was this close to winning the race, but in the end I tripped!

“ㄳ” (Thank You) is just a combination of the first two letters of “감사” which means thank you. This is used often in texts or chat rooms.

A: You look beautiful today Melody

A: Are you and Sarah 베프?

“꺼져” (Buzz Off) is a common used slang word for “buzz off” or “piss off.” The interesting thing about this slang word is its usage today. In the past, the word was considered a bad word. Nowadays however, because of television and its portrayal of bad boys, this word is used commonly in South Korea.

Do you want some more? Click here to move on to Part 3

Did You Know Kpop
Korean Slang
How does this article make you feel?