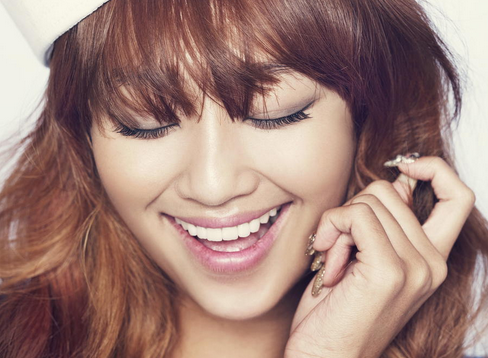 SISTAR’s Hyorin’s strange and unexpected sleeping habit has been revealed!

On the latest episode of JTBC’s “SHINHWA Broadcast,” the lovely ladies of SISTAR enchanted the members of SHINHWA with their sexy, and at times cute but random, charms.

During the episode, Shin Hye Sung began introducing each of the members of SISTAR. He started, “Her name is Kim Hyorin, and it seems that she has a certain sleeping habit.” He paused and blushed before saying, “She sleeps with nothing on…” Hyorin nodded in agreement, surprising everyone on set.

Kim Dong Wan randomly added, “Something bad could happen! What if a dog bit you?” The comment earned him several evil glares by fellow members of his group.

Meanwhile, SISTAR became the first girl group to make an appearance on the popular cable show. During the episode, SISTAR paired up with SHINHWA to form make-believe married couples and competed against each other to win the title as the best newlywed couple.

Hyolyn
SISTAR
Shinhwa Broadcast
KPLG
How does this article make you feel?