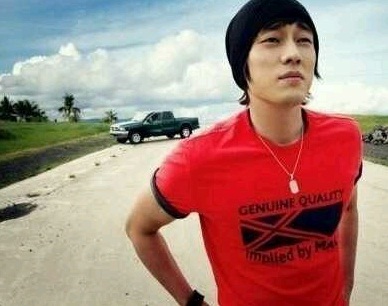 Actor So Ji Sub and hip hop group Soul Dive performed together at a Hongdae club.

On January 28, an online community forum posted a picture with the title “So Ji Sub Makes an Appearance at Soul Dive Performance. The pictures were taken late at night from Club Naked when So Ji Sub made a guest appearance with Soul Dive.

In the pictures So Ji Sub is hardly recognizable with his dark hoodie and large sunglasses. The crowd in front of him all have their cellphones up to capture a shot of this actor and part-time rapper. So Ji Sub performed songs from his mini album “6 o-clock…Playing Field“, including his title song “Eraser” and his older hit “Pick up Line.”

Soul Dive’s leader Nuck said, “We’re so thankful for So Ji Sub for performing with us…We thought he would be a little cold since he is actor So Ji Sub but we performed together and as his rapper essence just flowed out I got to know the rapper So Ji Sub.”

So Ji Sub
Soul Dive
KPLG
nuk
How does this article make you feel?