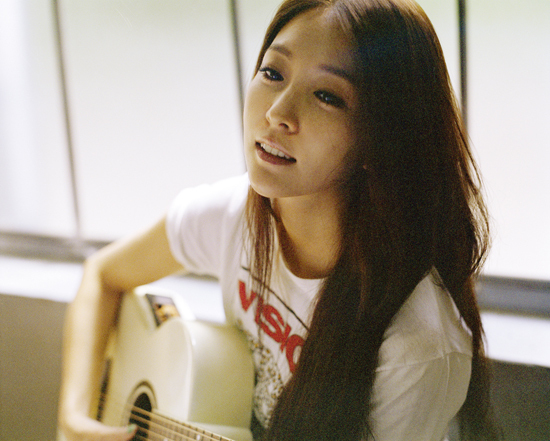 “Will you cast me?” BoA asked the audience during her first concert. The answer of course was unanimously “Yes.” How could one possibly reject her, fully equipped with powerful dance and beyond-impressive vocals?

On January 26 and 27, BoA hosted her very first independent concert in Korea “BoA Special Live 2013 – Here I am.” It took her 13 years to host her first concert in Korea. She summarized 13 years of her career into two hours through “BoA Special Live 2013 – Here I am.” She attracted total of 6,000 people in the audience. She opened the concert with “Hurricane Venus” and “Dangerous.” She transformed multiple times throughout the concert, from charismatic dancer to sentimental acoustic ballad singer to powerful rocker and so on.

BoA stated, “There is this enjoyable thrill and anxiety that the word ‘first’ signifies. I will pay back to all of your love and support for the last 13 years with the best show I could bring to the table since I made you guys wait for this for so long.” She performed all major songs in her 13 years of career, from her debut title “ID: Peace B” to the most recently released song “Disturbance.”

BoA explained before revealing her newest song “Disturbance,” “I thought really long and hard about what to gift my fans at my very first concert in Korea. And I realized that the most BoA-like way to go about it is with a song.” She revealed the song along with its music video, which garnered much attention previously as SHINee‘s Taemin stars in as BoA’s partnering role.

Throughout the concert, there was no flame or wires, not even once. Also, there was no guest performers. BoA filled the two hours solely with her own voice and performances. Especially at the end, where she sang “Not Over You,” “I Did It For Love” and “Girls On Top” continuously, the entire concert hall was roaring with her. After she went off stage, the audience demanded an encore stage, which she responded with a powerful stage of “Number One.” Everyone, including BoA herself, knew that the concert couldn’t end without “Number One,” the song that brought her a grand prize.

After two hours of performances consisting of her greatest hits from Korea, Japan, and the United States, BoA ended the concert with the final encore stage of “Hope.” She couldn’t help but tear up while singing “Hope.” She said, “The lyrics of ‘Hope’ seems to tell the story of my life. I finally hosted a concert in Korea after 13 years. Thanks to you all. I really hated the weather for being so cold on the days of my concert. But you guys came to see me despite the hostile weather. I don’t know how to thank you more.”

She ended “BoA Special Live 2013 – Here I am” by thanking her fans and promising them that she would continue to better herself. She said, “I will do my best in music, judging, and acting. Thank you so much for supporting me.”

SHINee
BoA
Taemin
BoA Special Live - Here I Am
Disturbance
ID: Peace B
Girls on Top
Hurricane Venus
Dangerous
Not Over You
I Did It for Love
Number One
Hope
How does this article make you feel?