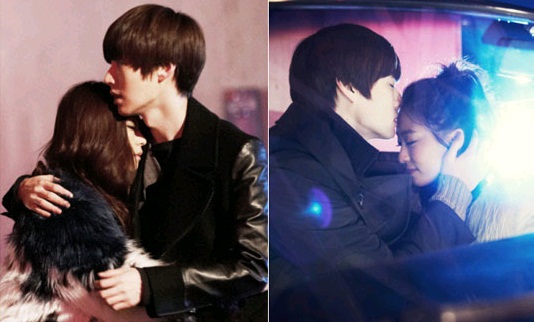 Sistar19‘s Bora received a forehead kiss from model An Jae Hyun on the set of Sistar19’s new music video.

Sistar19 kicked off their comeback promotions with some very sexy bedside photos and a few days ago Starship Entertainment released the first still from their music video. Now more stills of their upcoming music video “Here Then Gone” were released on January 29.

In the pictures Bora and Ahn Jae Hyun share a loving embrace and in another picture an Jae Hyun gives Bora a forehead kiss in the car.

“Here Then Gone” is produced by Brave Brothers, who’s known to have made a few of their previous hits like “Push Push,” “So Cool” and “Alone.”

Sistar19 will make their comeback on January 31. Check out their video teaser here.