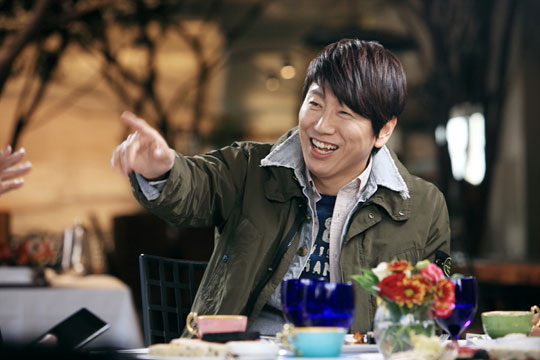 On his Twitter on January 30, actor Kim Su Ro left a message, “I just read a news report and shivered. It says that I received monthly allowance of $4500 until I turned 33 years old. What I said was until I got into university after three tries, but I guess the reporter misinterpreted it. What I meant was 2 years.”

Kim Su Ro continued, “But what is even funnier is that my mother called me after reading this news and said she only gave me $2000 to $3000, and so people shouldn’t criticize her. I told her I’ll talk to her later.”

This scandal started on January 29 when Kim Su Ro appeared on KBS’s “Moonlight Prince” and made a statement that he received monthly allowances in his younger days. When the news report stated somewhat edited version of his story, Kim Su Ro decided to explain himself via Twitter.

Fans that saw Kim Su Ro’s message commented, “This is the power of editing,” “But what Kim Su Ro said on the show is different from what his mother said,” “That show was so funny,” “Good luck, Kim Su Ro.”

Kim Su Ro
KPLG
Moonlight Prince
How does this article make you feel?