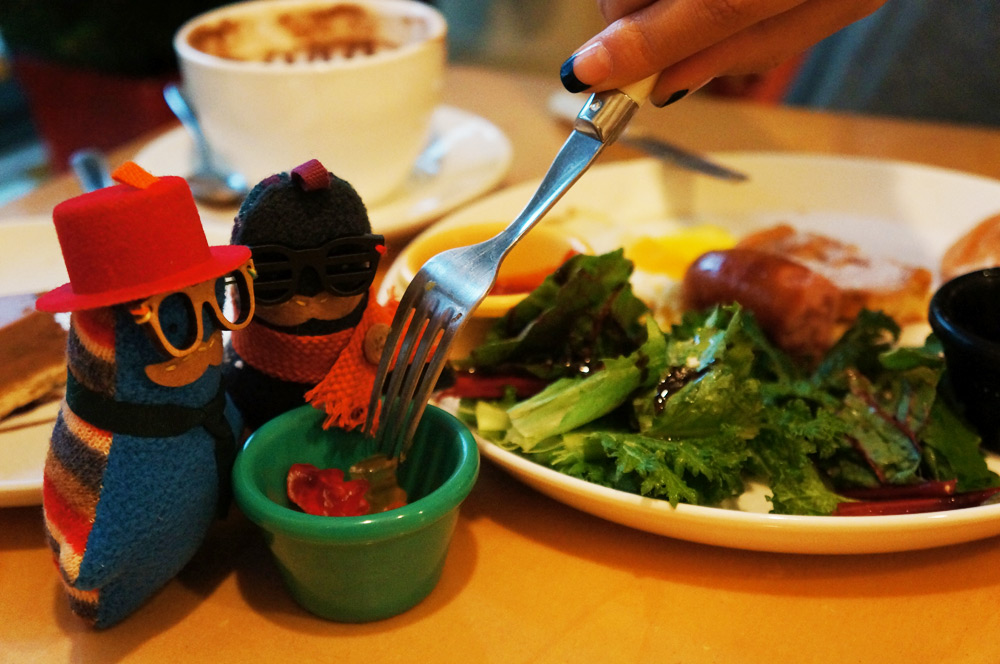 In 2001, Yoon Jong Shin started a craze when he released his hit song “Pat Bing Soo (aka Red Bean Sorbet).” It was unprecedented; creating a song that is basically a recipe to creating Korea’s favorite summertime dessert. While there are a number of foreign songs that are humorously written like a recipe, “Pat Bing Soo” was probably the first kpop song to start the craze in Korea.

Eating is one of the greatest sensory pleasures we can experience as human beings. Most of us probably spend the entire day craving something delicious and satisfying our hunger. There’s a saying that we live to eat, and that we meet friends to eat great food. The basic taste sensations can also reflect the way we feel: sweet can be associated with love, while bitter can suggest the way we feel after a bad breakup. As such, there are numerous songs about food and the emotions it brings. In Korea, one of the most popular food-themed songs was Yoon Jong Shin’s “Pat Bing Soo.”

The lyrics for “Pat Bing Soo” will bring a smile to your face.

What do you think? The lyrics, or shall I say the recipe, is pretty funny isn’t it? Once you start listening to songs like this, you can’t help but feel hungry and you’ll find yourself poking your head in the refrigerator searching for something to eat. What better way to gratify your sensory pleasures than to listen to music as you eat?

They say that listening to soft classical music as you enjoy your meal helps with digestion and increases your metabolism. The beat of the music stabilizes your heartbeat, and the melody helps with your blood circulation.

Let’s imagine songs about food. Even without a music video, you can imagine the color, taste, and smell by simply listening to the lyrics. Let’s say you were with your friends one Saturday afternoon. You’ve been debating what to eat for over thirty minutes. Songs like these will help you decide what you want in an instant.

Such food-related songs have no hidden meaning behind their lyrics. They simply describe the food or the experiences with that particular food, making it one of the reasons why they’re so fun and interesting to listen to.

Here are some food-themed kpop songs!

Most food-themed songs are fun and upbeat. Songs like these allow us to enjoy the pleasures of eating with our ears, making them that much enjoyable and lovable. I’m curious as to which artists will further delight our ears and taste buds with such mouthwatering songs.

This article is sponsored by Genie, the #1 K-Pop music app service.
Download the “Genie K-POP” app at the Google Play Store http://bit.ly/VjhFn4