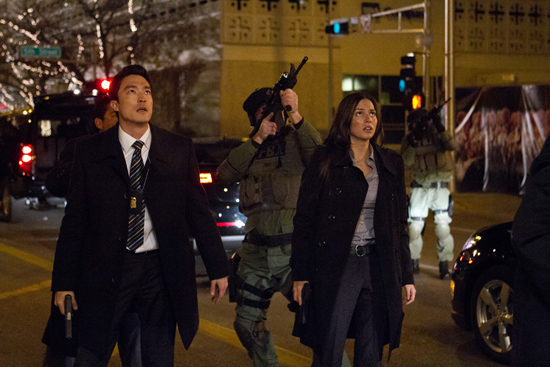 Daniel Henney is to make a come back to the big screens with director Kim Ji Woon‘s Hollywood debut film, “The Last Stand.” Previously, Daniel Henney made his debut in “My Name is Samsoon” as Henry Kim and became widely popular. He then starred in films “Seducing Mr. Perfect,” “My Father,” and so on.

“The Last Stand” is a film about a sheriff in a small town Summerton trying to stop a leader of drug cartel heading to the Mexico-US border after breaking out of a courthouse. In the film, Daniel Henney plays the role of Phil Hayes, an FBI agent who works under director John Bannister (played by Forest Whitaker). John Bannister plays a crucial role in the film by figuring out that the town of Summerton is the escape route of the fugitive, since there is no official border patrol or checkpoint.

Daniel Henney recently advanced into the larger Asian market as well as Hollywood. Through Phil Hayes of “The Last Stand,” he will show more rugged and masculine side of him than in his previous roles. “The Last Stand” featuring Arnold Schwarzenegger, Forest Whitaker, and Daniel Henney is coming to theaters in Korea on February 21.