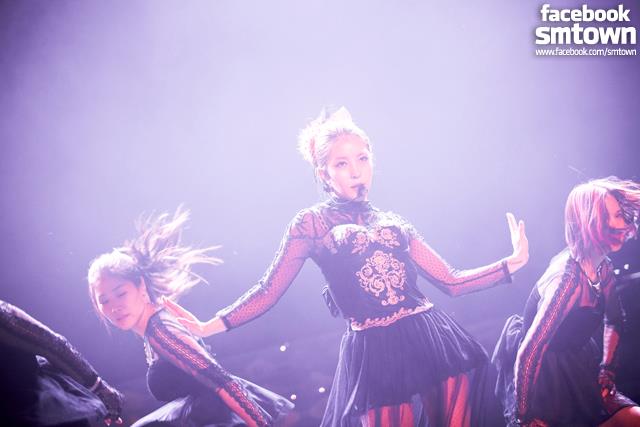 BoA recently held her first solo concert in Korea! Her fellow SM family artists also came out to support her.

SM Entertainment recently uploaded multiple photos that were taken before, during and after the concert on their official Facebook page. In the photos, BoA is seen posing with Girls’ Generation, EXO, Go Ara, Kang In, Changmin and Kim Min Jong, etc.

What especially caught the attention of netizens were the yellow glowsticks that members of Girls’ Generation were holding up as they smiled brightly for the camera in support of their senior artist BoA. Netizens who saw the photos commented, “BoA’s concert was so amazing. Please put on another one soon!”, “BoA, you were incredible!” and “BoA, you are so beautiful!”

BoA’s solo concert “Here I am” was held on January 26 and 27 in the Seoul Olympic Hall.