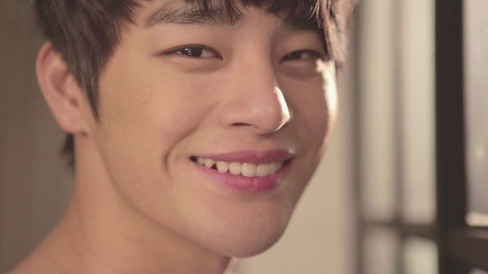 On February 1, Seo in Guk‘s agency, Jellyfish Entertainment, released the teaser for his upcoming song, “I Can’t Live Because of You,” on its official YouTube page.

The revealed teaser of the singer smiling and staring at the camera with his soft eyes received a lot of attention.

Even though the image was a close up of Seo In Guk’s face, he had no blemishes and instead showed off his flawless skin with clean appearance making his female fan’s hearts flutter.

After the ending of his popular tvN drama, “Reply 1997,” he has mainly been concentrating on his career as an actor. Recently however, Seo In Guk decided to come back on stage as singer to unveil another side of his musical skills.

Bloggers were excited to see the teaser and commented, “He is so handsome,” “I am in love with the teaser,” “My heart almost stopped watching it” and “I like his skinny face.”

Seo In Guk
KPLG
How does this article make you feel?