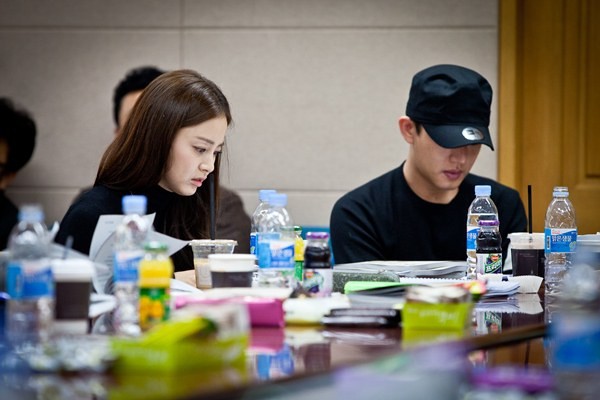 Several stars gathered to practice their script for an upcoming drama.

The script reading started in a harmonious atmosphere and it seemed like an actual scene. All of the actors and actresses were in sync with one another. Kim Tae Hee, who plays the lead character Jang Ok Jung, and Yoo Ah In, playing King Sukjong, amazed everyone with their acting skills because they were in character. In addition, Kim Tae Hee and Yoo Ah In emerged as a visually attractive couple.

The drama shows how Jang Ok Jung becomes the first fashion designer in the Joseon Dynasty instead of a political figure. In this drama, Jang Ok Jung’s character is an artist and someone’s lover.