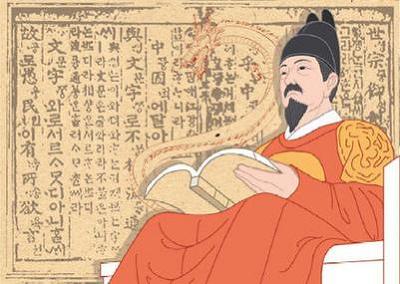 Do You Know Your Korean Slang? Part 3

Really, there is almost no end to Korean slang and it is used so frequently in everyday language! Hopefully these slang words will also help you on your journey of understanding everyday Korean speech! (Click Here to Go to Part 2)

“Gura” means to lie. This word is often used to denote “Don’t lie to me!”

Example: What he said was completely Gura.

The root of the slang word “Jonna” is a bit explicit and inappropriate for Soompi. (Look it up if you are curious) However, this word is used to express “VERY.” A cuter way of saying this word is “Jolla.”

Example: Uggh, my boyfriend is talking so much. He just goes “Nah Bul Nah Bul.”

Ssenguhl is the combination of the word “Sseng” (Which means fresh) and “Uhl.” (From Uhlgool which means face) This word is usually used to describe a girl’s face without any makeup.

Example: Oh my god! YoonA’s Ssenguhl is so beautiful! She doesn’t need any makeup!

Wohmeh is actually an expression used to express shock like “WOW.” But, this word is actually used commonly in one of the South Korean dialects.

Example: Wohmeh that guy was so fine!

“Deebee” is literally “DB.” The two starting consonants of the Korean word for cigarette, “Dambae.”

Example: Uggh I can’t stand the smell of Deebee.

This word is actually a combination of the word for dog “Gae” and “dlib” from “adlib.” It means to say something that was very dog-like or bad. This is often used in a situation when somebody tells an unfunny joke, and the people listening decides to scold the person who told the unfunny joke.

The word “Geub” is usually used to describe changes that are occurring extremely quickly. This is now used as slang to mean “extreme.” The word is used in front of many different words. On Variety shows you will see the word “Geub Dang Hwang” often which means “Extremely Shocked.”

This word combines “Gol” which means head and “Ddaerinda” which means hitting. It literally means “My head is getting hit.” The word is used in situations when somebody does something strange or weird, and the other person doesn’t know how to act.

Kkya is a cute way of screaming for joy! The word is usually typed out like this: “꺄~~~.” It is often used by females but it can also be used by men who want to appear cute.

“Shipjima” literally means “Don’t Chew Me.” The word means “Stop Ignoring Me.” The reason why the word “chew” is used for ignore, is because of the complete saying is “Don’t Chew My Words.”

Did You Know Kpop
Korean Slang
How does this article make you feel?