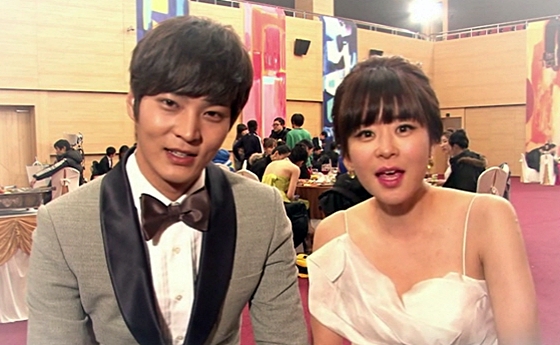 It was revealed after the fact that actor Joo Won injured his nose while shooting for the MBC drama “7th Grade Civil Servant.”

On February 4, Choi Kang Hee confessed, “There was a scene where I had to throw a bowl of Jjajangmyeon [noodles in black bean sauce]. Joo Won got hit by the bowl and injured his nose.”

The actress felt sorry for Joo Won and added, “I wanted to finish the scene in one shot but he got hit. Because of the injury, however, we had to stop filming for three days.”

The scene that Choi Kang Hee mentioned took place in the first episode of “7th Grade Civil Servant” when Han Gil Roh (Joo Won) and Kim Seo Won (Choi Kang Hee) were in the middle of fighting on the road while heading to the National Intelligence Service training center. The drama is a romantic comedy about the world of newly recruited NIS agents. It is currently the top rated romantic comedy drama on air.