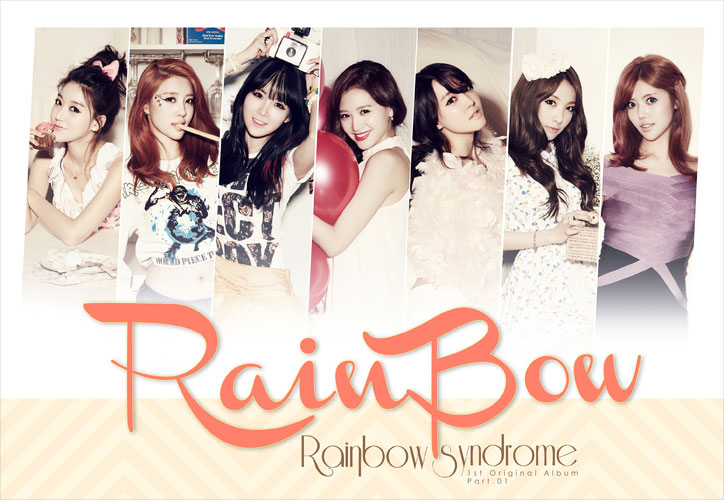 After releasing teaser photos for members Jae Kyung, SeungA, Yoon Hye and Hyun Young, Rainbow has released the remaining member photos of Woori, Ji Sook and No Eul, along with a group photo and a track list YouTube video.

The remaining member teaser photos and the group photo continue the sweet party girl theme. Woori, Ji Sook and No Eul look lovely and seductive in their vintage style photos.

Rainbow’s first full album “Rainbow Syndrome” will be released on February 13 and DSP has a special countdown clock in a anticipation of their first album. On the official Rainbow YouTube channel the track list was revealed with a special video focusing on Woori. In the video Woori shows off her slender body and glamorous features as she poses and dances with extreme close ups.