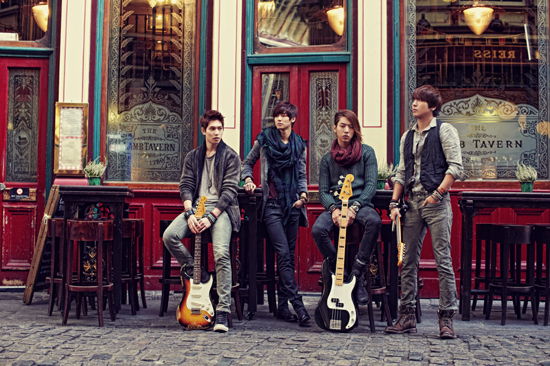 “Re:Blue” was released in Korea on January 14 and then a special edition version of the album was released on January 31. “Re:Blue” and its main song “I’m Sorry” have taken the #1 spot on Taiwan’s top music site Omusic’s charts. “Re:Blue” has swept the charts for twenty days now.

“Re:Blue” has of course topped the charts in Japan and Korea as well. “Re:Blue” has been #1 on Japan’s Tower Records’ chart since it was released and its special edition album was sold out. The album has also reached #1 on Billboard’s world music chart.

CNBLUE will promote their mini album in Taiwan and the Philippines from February 20 to the 23. In April they will embark on a world tour to greet their overseas fans.