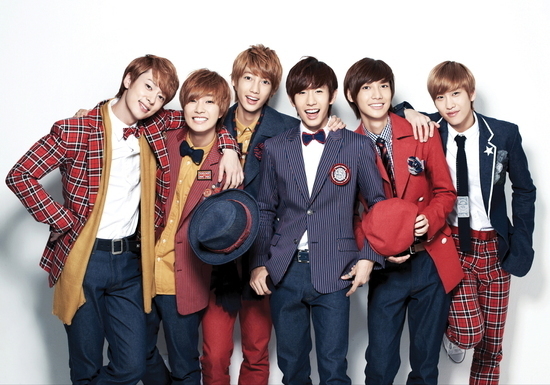 Idol group Boyfriend has been cast as the leading roles for a Japanese film after six months of their debut.

The six members of Boyfriend have all been cast in “GOGO Flower Boy 5,” which is set to be released this coming summer.

This film is based on the popular novel “GOGO Flower Boy 5, which has already been successfully released as an e-book and social game.

Their third single “Hitomi No Melody” will be released on March 27 and has been chosen as the ending theme song for the animation series, “Detective Conan.” This is the first time a foreign group’s song has been selected to be a theme song. Boyfriend has also won the Best 3 New Artist (Asia) award at the 27th Japanese Golden Disk Awards.

Boyfriend
KPLG
GOGO Flower Boy 5
How does this article make you feel?