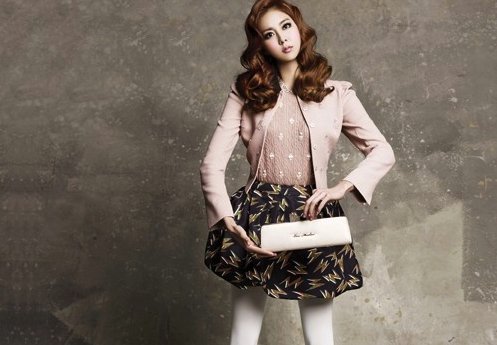 After School‘s Uee recently shared her messages with regards to the ending of the KBS 2TV’s drama “Jeon Woo Chi.”

The series ended on February 7, where Uee’s character returns to her hometown of Yul-Do and lives happily ever after.

On February 8, the actress and singer turned to her me2day to share her thoughts on the ending of the series saying, “‘Jeon Woo Chi’ has finally come to an end. Thank you to everyone who continued to watch and love the series until the very end! It will forever be an unforgettable and precious drama experience to me.”

She went on to say, “And to our ‘Jeon Woo Chi’ family members – you all worked so hard even though it was freezing at times during filming. I’d also like to thank those who loved ‘Jeon Woo Chi’ no matter what. I hope you all have a wonderful new year. ‘Jeon Woo Chi’ is the best!”

Along with her me2day messages, Uee also shared photos of herself in a pink traditional hanbok during a battle scene from the drama and a photo of some cast members from “Jeon Woo Chi” posing cheerfully together.

In related news, “Jeon Woo Chi” retained a viewership rating of 15.2% throughout its broadcast, which placed it as the number 1 drama for Wednesday and Thursday showtimes.

Uee
Jeon Woo Chi
How does this article make you feel?