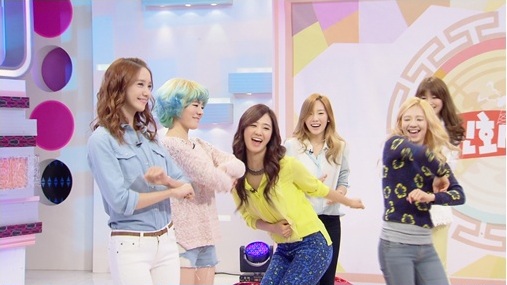 Yuri did her own version of Lee Min Woo’s fart stretching. Sunny and YoonA did their version of Shin Hye Sung’s bad acting. The amount of knowledge that Girls’ Generation had about “Shinhwa Broadcast” ended up surprising the Shinhwa members.

Lee Min Woo stated, “When we had a press conference for ‘Shinhwa Broadcast,’ we chose Girls’ Generation as the guest we would like to see the most. We were able to have that wish fulfilled within a year.”

Girls' Generation
Shinhwa
KPLG
How does this article make you feel?