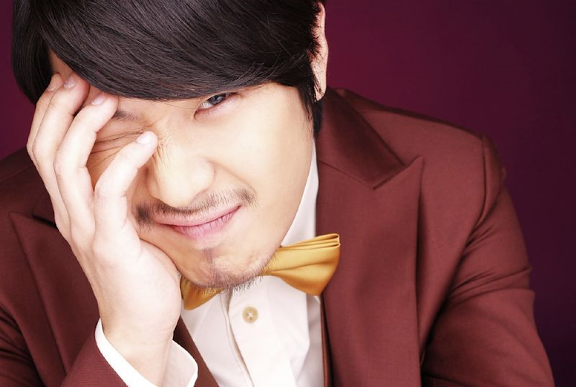 Haha Reveals: “I Only See Baby Clothes Whenever I Go Out”

Haha’s already head over heels for his baby before even meeting the little precious!

He was filming the Lunar New Year’s special for his TV show “Haha’s 19TV Ha-Best” and two fortune tellers were invited to share his and the rest of the cast’s fortunes for 2013.

Other cast members shared their wishes for this upcoming year when Haha opened up about his marriage life and his baby. He has already already made a few promises at the beginning of the year- proving he’s already crazy about his future baby.

“This is for my unborn child,” he says. “I will quit smoking and will diligently work out so that I won’t be an embarrassment to my baby. I want to be a cool father.” He also added, “Even when I go out these days, I only see baby clothes.”