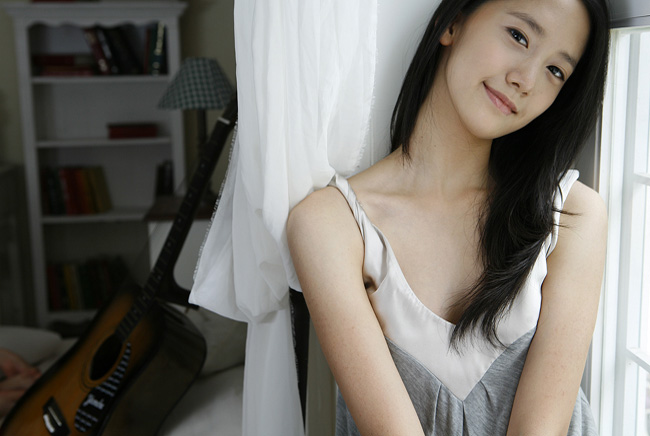 Girls’ Generation’s YoonA reveals that she feels the pressure and responsibilities as the center spot girl among the other group members.

On the show, Park Seul Ki asked YoonA how she felt to be placed in the center spot of the Girls’ Generation group formation. YoonA replied, “At the beginning, I felt a lot of pressure and was worried. However, I gradually got used to it.”

She added, “Later on, the members yielded the center position to me.”

The singer revealed her will to reign over the entertainment world and said, “I want to do my best as a singer, actress and as well as an entertainer.”

Meanwhile, YoonA showed off her version of “Cutie Player (Giyomi Player)” during the show.

Girls' Generation
Lee Min Ho
YoonA
How does this article make you feel?