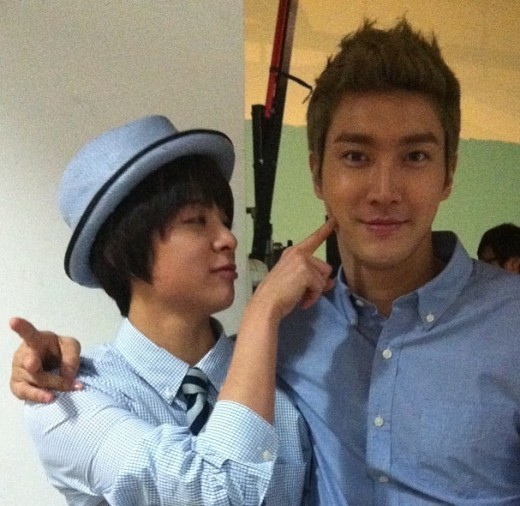 On February 6, Amber shared the photo on her twitter and Weibo account with the caption, “Siwon oppa is just like those Royal guards that stand in front of Buckingham palace in Great Britain. His smile in every single photo is exactly the same…so I decided to poke him to see if that make a difference.”

In the photo, Amber is caught in the act of poking Choi Siwon in the face. The pair is seen wearing matching blue shirts and looked natural while posing together for the camera.

Netizens who saw the photo commented, “Siwon seems like a wax figure”, “He seems like someone else”, “I agree with Amber” and “Siwon’s expressions really don’t change much.”

In related news, f(x)’s Amber has been emceeing MBC‘s “Show! Champion” along with T-ara‘s Eun Jung.