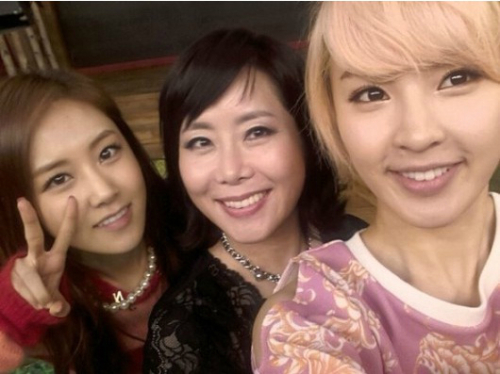 On February 6, Yoon Young Mi uploaded a photo along with a caption, “With two 4minute members who starred with me in KBS’s “Vitamin.” I don’t remember their names.” In the revealed photo, Yoon Young Mi is smiling for the camera between 4minute’s Heo Gayoon and Jeon Jiyoon.
After her comments, a twitterian pointed out, “It is very impolite not knowing the girl’s names after filming the show and taking a picture with them. It would have been better if you did not post the picture.” Regarding this comment, the announcer posted back, “Whether I post it or not, I am the decision maker.”
Another twitterian criticized, “Ya sure. It is your decision. If you are trying to offend fans just write it on your private personal blog like Kakao Story.” After Yoon Young Mi came under fire from many fans and replied, “I will take care of it.”

Netizens were shocked to see the announcer’s rudeness and commented, “It is just not right. Yoon Young Mi as an announcer should not act like that in public,” “Oh well, since she apologized…,” and “Yoon Young Mi has gone too far.”